Share a memory
Obituary & Services
Tribute Wall
Read more about the life story of Elworth and share your memory.

Elworth E Erickson was born April 29, 1939 in Afton,Wyoming to Newel and Verba Erickson.

All of his childhood days were spent on the farm with chickens, horses, cows, turkeys, pigs, and

dogs. He spent many long days during the summer catching bullheads and snaring suckers in

Jacknife. Some people would pay him a dollar a dozen for those bullheads and that was a lot of

Elworth went to grade school in Freedom. The school had only four rooms and there were two

grades in each room. The bathrooms were outside, one his and one hers. They were very cold but

he was used to it because he was in fourth grade before they got indoor plumbing at home. He

Elworth was baptized when he was eight years old. There were six or eight who were old enough

to be baptized at the same time. They were put in the back of a two ton truck and taken to the

Afton stake center. They were little brats and knew that when they were baptized, all of their sins

would be wiped away so they swore all the way to Afton. Nobody had any family members in

attendance nor did they know the man that baptized and confirmed them.

In high school, he would get up at 4:30 am before school to do chores on the farm. His dad

Elworth had to milk and do most of the chores alone. Elworth joined the national guard when he was 16 and served for eight years.

He spent a lot of time with his grandpa Keeler who taught him how to trap. He loved his

grandpas stories and songs and just spending time with him. He would trap beaver and mink

while his grandpa trapped coyotes and bears. Later, Elworth spent lots of time on snow shoes

trapping beaver to earn a living.

senior years in high school. He attended Ricks college on a football scholarship but didn't finish, a

They were sealed in the Idaho Falls temple one year later. Together they had four children, Terri,

Todd, Sherie, and ElDonna. He loved his family very much. .

family and so many great friends he collected throughout the years. He also spent a lot of time

competing in black powder rendezvous events and had quite the collection of prizes.

He had health challenges most of his life and endured three hip replacements, two knee

license examiner, sales tax collector, and supervisor at the port of entry.

Fayone died in January 2000 and Elworth was pretty much lost for the next six years. Finally he

met a spunky little relief society president from Pocatello who stole his heart. Elworth loved to

dance and he met Shanna Baumgartner at one of the singles dances. When he got home, he

realized all he had was a name. His daughter, Terri, with the help of google, found him a phone

number. He gave Shanna a call, took her on a date and as they say, the rest is history. They were

married January 2, 2010 and have enjoyed 13 wonderful years together. The family is so grateful

to Shanna for her love and care for all of us, but most especially our dad and grandpa.

Elworth died January 5, 2023 following a three week struggle from complications of a stroke and

other ongoing health issues. He is survived by his wife Shanna, his daughter Terri Dahlstrom

He was preceded in death by his first wife, Fayone, his parents Newel and Verba Erickson, his

He was a wonderful husband, father, grandfather, and friend and will be greatly missed! 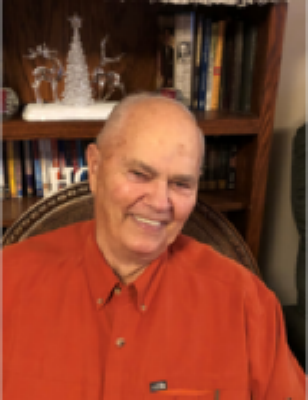