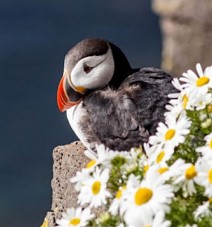 Deborah Astle Schwab unexpectedly passed away on October 13, 2020. Deborah was born September 6, 1957 in Provo, Utah to Elmo Carling Astle and Allene Burton Winters. Her family moved back to Star Valley when she was young, and there she grew to adulthood. As a child and teen Deb was a quiet and gentle soul, always watching for opportunities to serve and bless others. She was artistic to the core, and delighted in cooking, crafting, singing, and sharing her talents with all around her. Deb graduated from Star Valley High School in the class of 1976 and went on to earn an Associate’s degree from Ricks College in Rexburg, ID. She then served a mission for the Church of Jesus Christ of Latter-Day Saints in the Texas Dallas mission.

Following her mission, Deb lived in different places but soon settled back in Star Valley. There she met a young widower named Byron Passey Schwab. The two were almost instant soulmates and married in the Logan, UT Temple after a 30 day engagement. Deb became an instant mother to Ann Marie and Samuel George Schwab, and later they added Laura Beth to the family. Deb continued to serve her family, ward and many friends. She worked in a variety of jobs before retiring from the County Clerk’s office in Afton, WY in 2019. Deb was most content when she knew those around her were comfortable, well-fed and happy. She was always kind and tried to bring out the best in those around her. Her family loves her and acutely feels the absence her death brings. The family honors and appreciates Deb’s years of love, creativity, laughter, and gentle kind service.